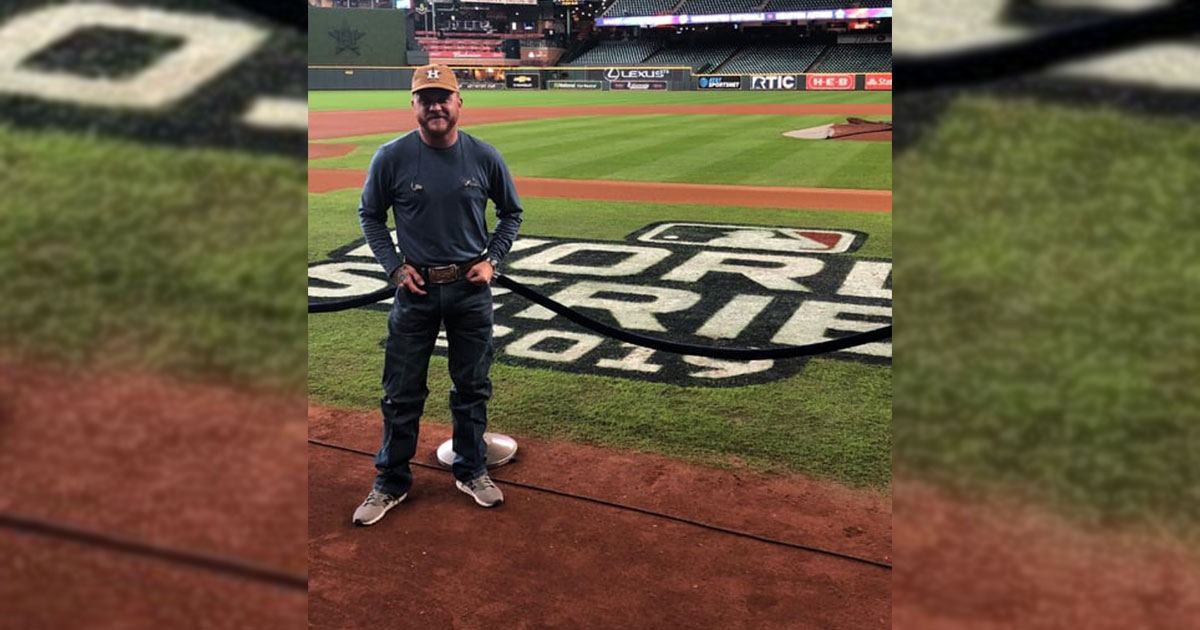 Cody Johnson To Sing The National Anthem At The World Series

You might have heard Cody Johnson first on Seven Feathers Truck and Travel Friday Nights with Rikki and now you’re going to see him perform on national television! That’s right boys and girls! Texas country music singer Cody Johnson will be singing The National Anthem at game 7 of The World Series when the Houston Astros play the Washington Nationals Wednesday October, 30th in Houston, Texas. Cody has had a good run this 2019 with a top ten single on country radio, opening for George Strait and recently being nominated for New Country Artist of the Year at the upcoming CMA Awards November 13th.

I can’t even begin to tell you what it does to me when I see bands I play on Friday nights live there dreams right in front of our very eyes. Cody has been making waves in mainstream country music and showing country music fans that the long lost sound of country music still exists. Cody’s not new to country music. In fact, Cody started playing guitar at the young age of twelve and followed up with a full band by age 19. He’s fought tooth and nail to always have control over his music and to make sure that it stays sounding like that true 90’s country music feel country fans tend to miss. First time I saw Cody Johnson in concert was back in 2016, I had already been playing his music on Best Country 103 and had made the trek to see him in Portland at Dante’s. When I tell you to go see Cody Johnson in concert, I mean it! Cody puts on an action packed show that’s sure to make you sing every one of his songs loud and proud while walking away praising Cody for bringing true country music back. After the show I had a meet and greet and while looking for a spot to do it, Cody shouted,” Let’s just go on the bus!” This was my first on the bus experience and also was a huge lesson in bus etiquette! I sat down and while Cody was unwinding from being on stage in front of a packed house to the point lots of people were still outside trying to get a peek through the front door of Cody Johnson on stage. He sat down and says, ” I am over 2,000 miles away from home and all those people knew every word to every one of my songs!” This was Cody’s first time playing in Oregon and sure wasn’t to be his last. He was honored and quite humbled that so many people in the Pacific Northwest listened to his music. Back to the bus etiquette part of this story. Don’t EVER take a picture on a tour bus with out permission and if your drivers license is in your pocket put it away before leaving it on the bus! I have seen Cody Johnson 4 times now and most recently at Wild Hare Country Festival where I had the chance to meet him again. When I walked around the corner, Cody beamed up and said, “I remember you!! I know that was you!!” I couldn’t believe he remembered me. This man who has climbed the country music charts, sang with some of the biggest names in country music and is sure to be your next country music superstar!  That’s what many of us CoJo fans love about him is no matter how big he gets he still remains humbled and true to his country roots!

I am beyond excited to watch him take America by storm when he shows all of us just how vocally talented he really is! Singing The National Anthem is a hard feat but with Cody taking the mic you are guaranteed to witness history in the making! Congratulations Cody, you have earned this!

Vote for Cody Johnson in our CMA Awards Challenge

Take a listen to my interview with Cody Johnson from 2016