Where are they now?

I have been listening to country music for so long, that I have seen country music singers come and go.  Some come in super fast, rise to quick stardom then fizzle out like yesterdays news or you have the ones that come in with a hit song and stick around awhile.  Times have sure changed in country music, and often I find I miss some of those past country stars that often I wonder… where are they now? 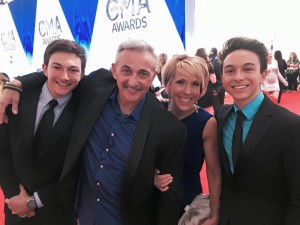 Aaron Tippin first arrived on the scene of country music in 1990 with his smash hit, “You’ve Got to Stand for Something,”  the song and Tippin was a quick success with active military fighting in the Gulf War and with the blue collar worker.  Over the next ten  years, Tippin was a staple in country music putting out five albums and a greatest hits set with hits like, “ There Ain’t Nothin Wrong With the Radio,” and “ Kiss This.”  It seemed as if Tippin wasn’t going anywhere but then he just kind of vanished off the planet.  Well, Tippin decided to take a back seat to stardom and open Aaron Tippin Firearms in Tennessee and North Carolina along with flying for a living.[1]Seems Tippin is happy where he’s at, until then we can reminisce with, “Where the Stars and Stripes and the Eagles Fly.”
https://www.youtube.com/watch?v=TTKmjhJ1__o&index=5&list=PLTfuHvMYu9AUUNs4z4Jjf9KSwHT79n5k5 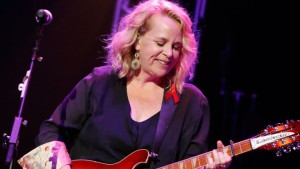 If you have listened to country music for longer than the pop-country days than I am sure that you’ve cut a rug a time or two to Mary Chapin Carpenter’s song, “Down at the Twist and Shout,”  an fun upbeat song that makes you want to break out your best dance moves.  Mary Chapin Carpenter also released huge hits, “I Feel Lucky;” and “Passionate Kisses,” amongst hit songs Chapin also took home five Grammy’s and sold 13 million records and recorded duets with some of country music’s biggest stars.[2] But in 2007 Mary suffered a Pulmonary Embolism and had to cancel the rest of her 2007 spring tour, with that came years of depression and anxiety after Mary felt she had let her fans down.  With the cancelation of her tour also came divorce and the death of her father. She eventually got back on the wagon though and released “Songs from the Movie,” a reinvention of Mary’s songs backed up with a full orchestra behind her.[3]  To this day Mary Chapin Carpenter is still performing, touring the United States unfortunately nowhere near Oregon currently. But keep your eyes peeled, she does have a Facebook and a webpage so you never know when she will be coming to a town near you!
https://www.youtube.com/watch?v=SuapCENFM2U 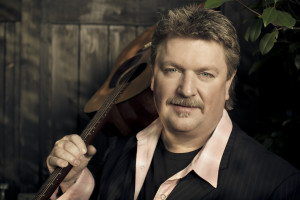 Some of my favorite country music hits were by Joe Diffie, songs like; “If the Devil Danced with Empty Pockets”, “Third Rock from the Sun,” and the song that quickly became the theme song for all country boys and girls, “Pick Up Man!” Diffie recorded 13 albums and recorded 20 top ten singles since releasing his first album in 1990.[4] Things were going so great; it seemed that Diffie was a lifer in country music; that was until he took a backseat in 2000 when Epic Records switched Diffie to Monument Records due to too few artists on their label.  At that time Diffie released his cd, “In Another World,” which received mix reviews due to a new style of music. Not long after Monument records shut down, Diffie went to Broken Arrow Records, and ended up performing at smaller venues and County fairs.  Diffie quickly became yet another forgotten country music singer in a world where new talent was piling in at a fast pace.  Move forward to 2012, Jason Aldean, one of today’s hottest country music singers, released his hit, “1994”, as a tribute song to Joe Diffie which sparked some new interest and old with country music fans worldwide.  Excitingly enough, Diffie is coming out with new music and is currently touring the United States for the rest of 2015. I know that I cannot wait for the new stuff to come out.. In fact I think I will prepare by listening to some good ole’ Diffie now!
https://www.youtube.com/watch?v=9I51JXpcLwk 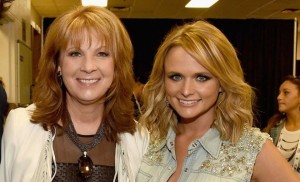 Another one of my favorite country music singers from the nineties is the beautiful and talented Patty Loveless.  I actually saw Patty when she performed at the San Joaquin County Fair where I also met her behind the stage and climbed a fence just to shake her hand.  Loveless had lots of hit songs, some of my favorites being, “I’m That Kind of Girl”; “I Try to Think About Elvis,” and so many more!  Patty Loveless stepped onto the country music circuit back in 1986 and stayed there pretty frequently till 1992 when she discovered that she had an enlarged blood vessel on her vocal cords.  She was told that if it was left untreated it would end her career, soon after she canceled the remaining shows of her tour and got the surgery she needed.[5]  Taking some time to heal, Loveless came back to country music swinging with her performance in 1993 at the Grand Ole Opry.  She showed the world that she was indeed back and better than ever with a new lower pitched voice. She quickly rose to even higher fame with 40 overall singles, 14 studio albums; four certified platinum and 2 went gold.  But stardom doesn’t last forever especially when there were much younger country singers coming into the circuit.  It was hard for Loveless to compete with the new up and comers and by 2006 Loveless was released from Sony Records.  Loveless returned to the studio to appear on George Straits, “Troubadour” album and later was signed to Saguaro Road Records in 2008 releasing a tribute album titled, “Sleepless Nights,” for which she received a Grammy nomination. Most recently Patty Loveless did a duet with my favorite country music singer Miranda Lambert in Miranda’s song, “Dear Diamond.”  Loveless has taken a backseat to country music only performing annually at the Grand Ole Opry up until 2014 and on an annual country music cruise.  She no longer performs as she spends her time these days being a housewife to her husband and family at their home in Dallas, Georgia.
https://www.youtube.com/watch?v=m-HVP01goE4

When I was a kid, no band was as energetic or as exciting as Sawyer Brown.  Now I wish I could say that I have seen them in concert, but I sadly haven’t.  Sawyer Brown was widely known for their energetic stage performances and fun danceable tunes, with hits like, “The Race is On,” and “Six Days on the Road.” The band formed in 1981 taking the name Sawyer Brown after Sawyer Brown Road, a name of a road where they practiced.[6]  Five members were in the band, with Mark Miller as the spunky lead singer; they recorded 20 studio albums, three of them declared gold and fifty- eight singles to country music radio. Rising to sudden fame, Sawyer Brown was THE band of the eighties… but like most bands the fame fades with new ones arriving and music constantly changing.  Some of the band members left the band and one even passed away seemed like times were becoming tough for Sawyer Brown in the late nineties.  Sawyer Brown still released records throughout the years, though not releasing any singles on country music radio. In 2002 Mark Miller created the Christian music record label, “Beach Street Records,” where his first signed act was Casting Crowns.  Move forward to 2015 where Sawyer Brown just recently released a new single; “We Got the Night,” as they are working on a new album release. The band which is equipped with four of the original members is currently touring the United States through 2016 and I couldn’t be more excited! There is still hope for a Sawyer Brown concert.
https://www.youtube.com/watch?v=9TnuYf7t-cg

Hopefully these country music singers make you say, “Hey, I remember them!” I left you some videos so you can reminisce to some of the greats of country music. Hopefully when their new albums come out you will go out and support good ole’ country music by buying one, there are so many wonderful bands from the past that are just waiting to be rediscovered.  In the meantime, have fun taking a trip down memory lane.  I did!