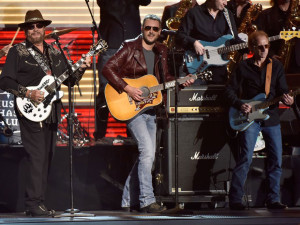 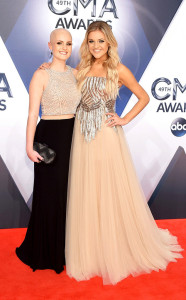 One year ago Kelsea Ballerini sat at the very top of the nosebleed section for the CMA Awards, this year not only was she a performer, but she was also a nominee!  The cool factor doesn’t stop there. Kelsea didn’t just bring any date; she brought 17-year-old Allie Allen,  a Tennessee girl battling brain cancer.  Kelsea and Allie met last year at Country Cares for St. Jude’s Kids and said, “She missed out on a couple things in high school and that’s not fair, so she’s coming with me.  My stylist pulled all these beautiful dresses for her…. She’s going to look stunning.  She’s so beautiful.”[1]  Kelsea has now won major soft spot points from me.

Brooks and Dunn and Reba McEntire 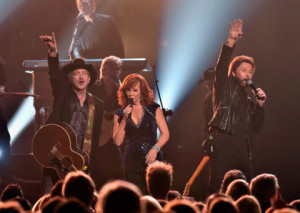 One major exciting moment of the night was the retired Brooks and Dunn and the ever so fantastic Reba McEntire!  Brooks and Dunn and Reba McEntire have sung together many times over the years since meeting in the rodeo circuit in the 80’s and have been great friends through the years and that shown through more than ever with their performance, “Why Haven’t  I Heard From You!” Here is to hoping that this leads the way to many more performances together! 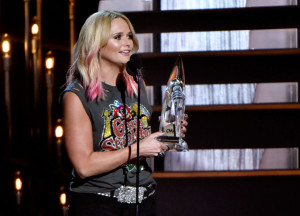 One of the most anticipated performances of the night was from Miranda Lambert. Miranda and Blake Shelton announced their divorce this year, and the awards show was their big joint appearance separately of course.  Well, coincidentally the same day it was announced that Blake Shelton and his Voice co-star Gwen Stephani were officially dating.  This news, may or may not have come as a shock to Miranda, but her face showed all it needed to say during her performance of “Bathroom Sink”.  Now I have been a Miranda fan since she came out in country music, and during her performance I could see the pain and the tears welling up in her eyes, at that moment I wanted to cry for her too. How hard must it be to see your ex-husband in the same building yet act like strangers? How hard must it be to hear that he’s dating someone else so soon?  At the end of the day, not only are these people celebrities but they are people with real feelings.  Not only was her performance a show of where her heart and mind are at but she displayed it with her hair as well. Miranda surprised everybody with pink in her hair. Sometimes you just need to make a change.  Miranda also owned the night with her win of Female Vocalist of the year where Miranda says that she needed a “Brat Moment.” 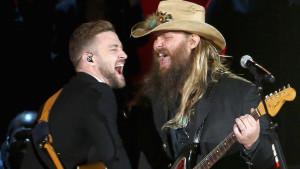 A week ago you might not have known who Chris Stapleton was… but this week you do!  Stapleton, who is a long-time successful songwriter for many very well known artists, ..Stapleton became one of the most well-known artists himself when he took home EVERY male award category of the night.  Not only was that the night’s most memorable moment but Chris, who is known as “The Biggest, Baddest, Voice in Nashville,” showed everyone why he is called that when he performed with Justin Timberlake.  The performance brought down the house and left heavy shoes to fill for the rest of the upcoming performers.  Congratulations to Chris though he rightfully earned every award he received that night and showed everyone that true country music is making a comeback!